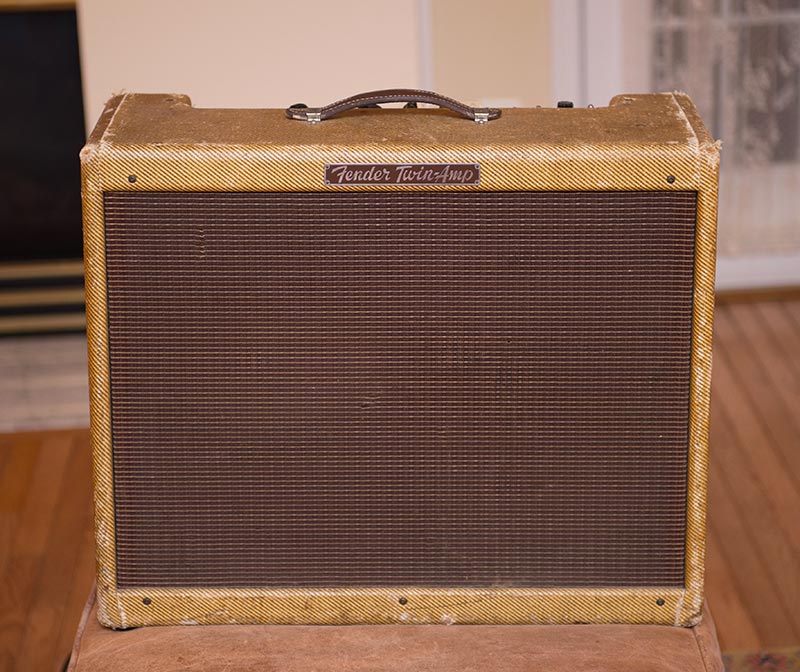 1955 Fender Tweed Twin
Not for sale. This is a rare transitional amp and could not find any when I searched around.  If any of you vintage amp gurus cares to add some helpful insight about the amp, feel free to leave a comment below. 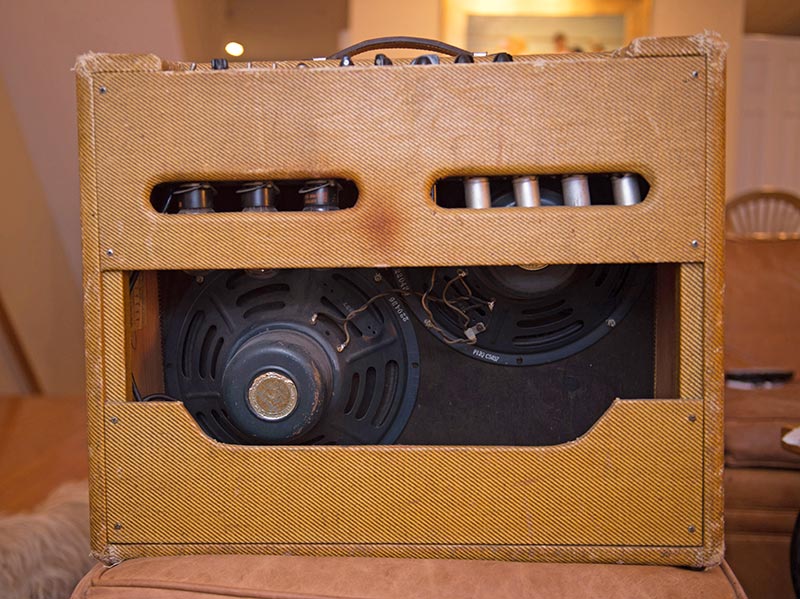 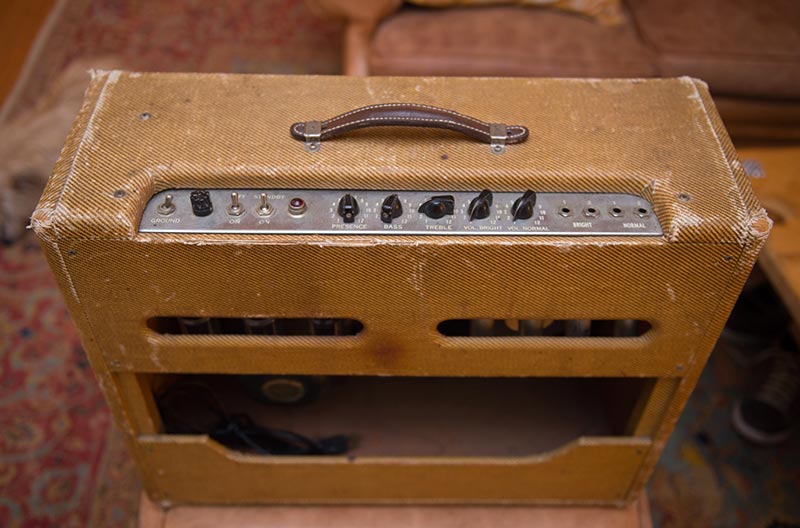 However, if you look at the tube chart you’ll see that it’s actually a 5D8-A but has the same tube layout as the 40-50 watt 5E8, namely dual 5U4G rectifiers rather than the previous, 25 watt, wide panel 5D8 amps with two 5Y3GT’s. 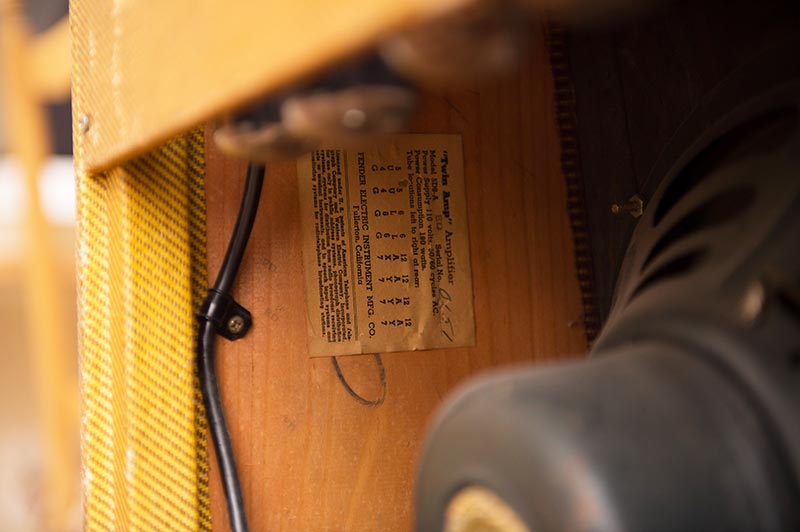 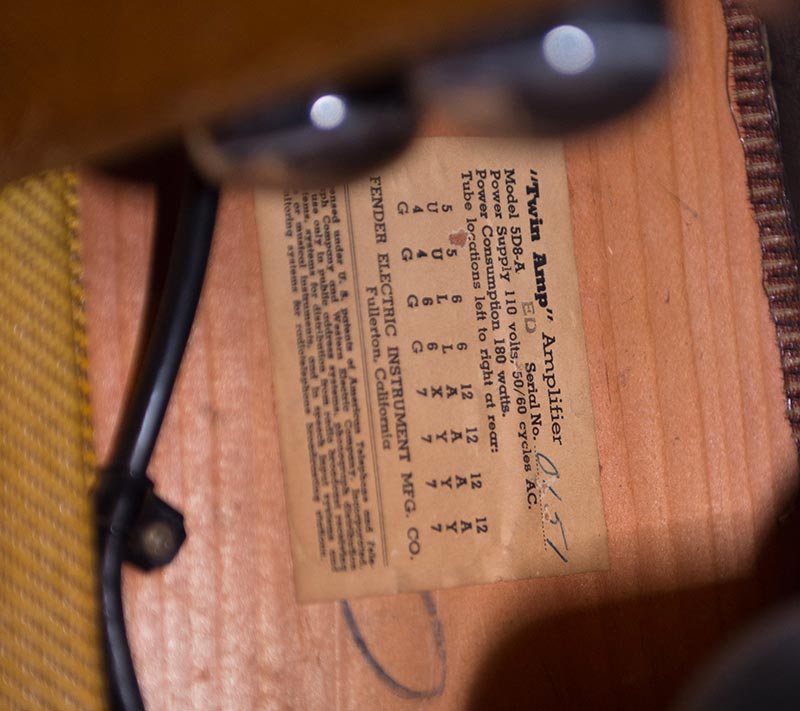 Has the original 7993 power transformer, original 2818 output transformer, pots, and mostly original paper caps, original tweed, grill etc. The only thing that I know has been changed is the original two prong cord was replaced with a 3 prong power cord, and it has a reissue handle because the original leather handle dried out and would not support the weight of the amp.  This amp is totally functional and is played! 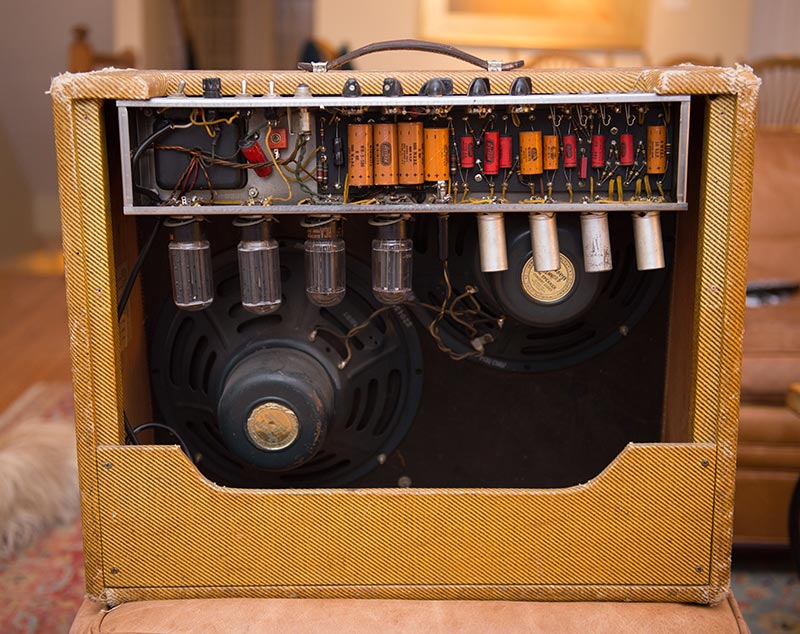 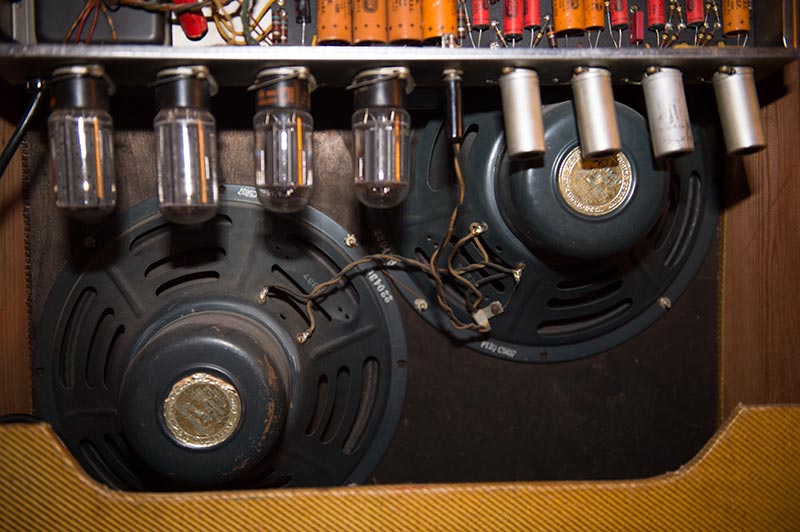 Eventually I’ll try and put up a video so you can hear it. Actually you can hear it on my homepage here. The later high power tweed twins have way too much gain and are too clean for me.  The old wide panel tweeds break up to soon.  These low power twins are just right. Plenty of headroom, beautiful clean tone, but starts breaking up naturally BEFORE the windows shatter!

I used it to record the below video: